Is It Worth Investing in Litecoin? 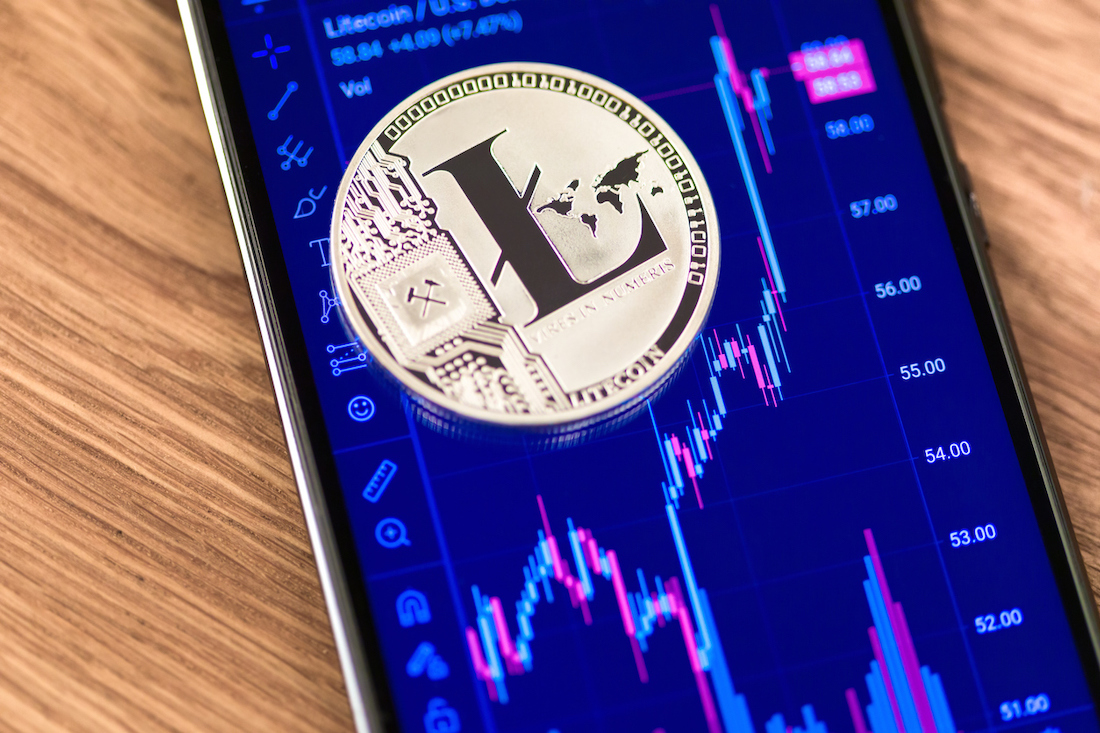 The crypto craze has taken the financial sector by storm. With the rise of alternative currencies, many people have been investing in cryptocurrencies like Bitcoin and Ethereum. However, these options are extremely high priced, which has driven millions of people to search for more affordable cryptocurrencies like Litecoin.

Even though this cryptocurrency has been around for about a decade, widespread investing in Litecoin has recently been on the rise. You may have even started asking yourself, “Should I invest in Litecoin?”

While investing your money to build wealth is a great long-term strategy, it is important that you know the basics of cryptocurrencies before you dive in. To help, we have created this comprehensive guide to investing in Litecoin.

Before we answer the question “Is it worth investing in Litecoin?” let’s first define this digital item.

Litecoin was created in 2011 as an alternative cryptocurrency. It is an open-source payment network. This means that Litecoin is not controlled or issued by a centralized authority like a federal government.

Since it was created just two years after Bitcoin, Litecoin has often been thought of as a reaction to that cryptocurrency. It even includes many of the same features but is considered to be “lighter,” or more dynamic than Bitcoin.

How does Litecoin work?

Litecoin was designed to be a virtual currency that functions in a peer-to-peer format. It is not maintained or governed by any central authority.

The Litecoin network provides users with the ability to make instant payments across the globe. The platform charges near-zero fees for these transactions.

Below, we’ve compiled several FAQs about investing in Litecoin. This information can help you to determine whether this investment opportunity is the right fit for your financial goals.

What can Litecoin be used for?

Litecoin gives you the freedom to pay people across the globe without having to go through an intermediary, like a bank or exchange commission. You can also accept Litecoin as payment for goods or services. The transaction process is virtually seamless and extremely secure.

Does Litecoin have a supply cap?

Yes, Litecoin does have a supply cap. The coin limit for Litecoin is 84 million. The purpose of a supply cap is to keep the value of each Litecoin from dropping too low.

Like any other good or service, having an excess supply of Litecoin will diminish the value. The creators wanted there to be enough Litecoin to easily distribute without throwing off the ratio of supply to demand.

Why is Litecoin so cheap?

Litecoin is so much cheaper than top-performing cryptocurrencies like Bitcoin due to the limited number of investors. Bitcoin has a much larger influx of capital, which drives growth and increases its value.

Litecoin could potentially experience the same increase in value in the right market conditions. Until that occurs, the low price makes it a high-risk, high-reward investment opportunity.

Litecoin is very secure. It relies on a technology known as Scrypt. This is a proof-of-work algorithm that is extremely durable, even when subjected to many types of malicious cyberattacks.

Litecoin was created in October 2011 by Charles Lee. He is a graduate of MIT (Massachusetts Institute of Technology) and a former engineer for Google. He was interested in cryptocurrency from the outset and invented Litecoin as an improvement upon the systems used for Bitcoin.

Can I mine Litecoin?

In addition to investing in Litecoin, many people are interested in “mining” it. Mining cryptocurrency involves allowing the Litecoin network to use your computer’s processing power to create digital coins.

While mining Litecoin was once possible with basic computer hardware like GPUs or CPUs, this is no longer the case. Due to the complexity of the Scrypt algorithm, Litecoin has to be mined with application-specific integrated (ASIC) mining equipment.

Litecoin has several unique features, which may help you decide whether investing in Litecoin is worth your time or if you should stick with the mainstream cryptos.

Some of the key components of Litecoin include:

Bitcoin has a maximum coin limit of 21 million, compared to Litecoin’s limit of 84 million. The lower coin limit of Bitcoin means that the value of each individual unit will likely remain substantially higher than Litecoin.

Mining gives you an additional means of building up your portfolio of cryptocurrency. However, you can only use this approach when investing in Bitcoin or other publicly mined cryptocurrencies.

Investing in Litecoin does offer a few advantages, such as:

However, these benefits must be weighed against a few significant drawbacks, which we have highlighted below.

Litecoin’s price remains low compared to other, more popular coins due to several major concerns. The disadvantages of investing in Litecoin include:

Like Bitcoin, Litecoin is one of the “older” forms of cryptocurrency. Bitcoin was created in 2009 and Litecoin was released in 2011. The major difference between the two is price.

A single Bitcoin is valued at tens of thousands of dollars, whereas a Litecoin can be purchased for under $200.

However, the price does not tell the whole story. Bitcoin is a much stronger coin because it is widely accepted. In addition, it has demonstrated significant growth in value over its 12-year existence.

When looking for long-term investment opportunities that provide a potential for high returns, Bitcoin is a clear choice.

Is it smart to invest in Litecoin?

Is Litecoin worth investing in? The short answer is that it depends on the level of risk you’re willing to accept.

Litecoin, like other cryptocurrencies, can be a bit volatile. It has the potential to provide a huge return but can also be riskier than other investments. With that in mind, we recommend sticking with safer, more mainstream cryptocurrencies like Bitcoin.

If you want to start investing in crypto like Bitcoin to build wealth, join MoneyLion crypto. In the MoneyLion app, you can buy, trade, and sell trade Bitcoin and more. You can manage your other investments too, all from a single user-friendly platform.