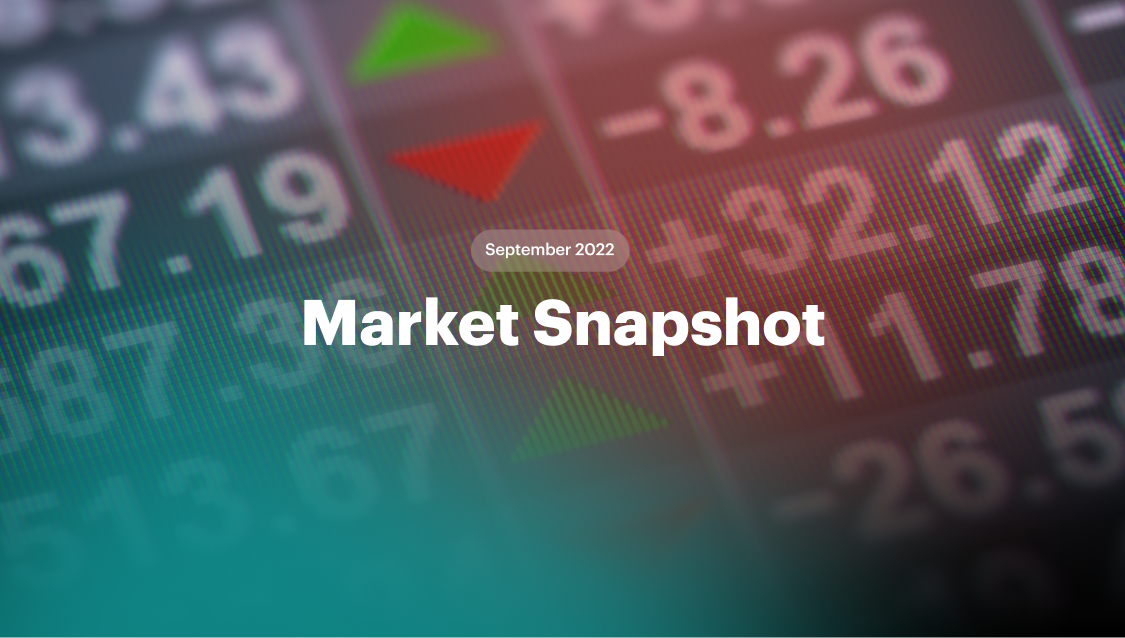 In September, the market experienced a continuation of trends from the second half of August as major stock indices declined further.

The S&P 500, Dow and Nasdaq fell 9.3%, 8.8%, and 10.5%, respectively, pushing all major indices into bear market territory. In response to market volatility, the VIX rose sharply to 31.62, its highest level since June. Following the market downturn, Bitcoin prices declined 3.8% over the month, ending at $19,425. While many of the themes from last month remain relevant, what has changed?

While last month’s market movements were characterized by uncertainty, recent inflation data and Federal Reserve projections for monetary policy have clarified the path forward. Continued broad-based price increases and anticipated Fed hikes pose challenges to the market that must be overcome. While market pullbacks are rarely welcome, long-term investors could benefit by remaining disciplined and taking advantage of attractive valuations.

Chart: S&P 500 sectors have differed significantly in performance this year