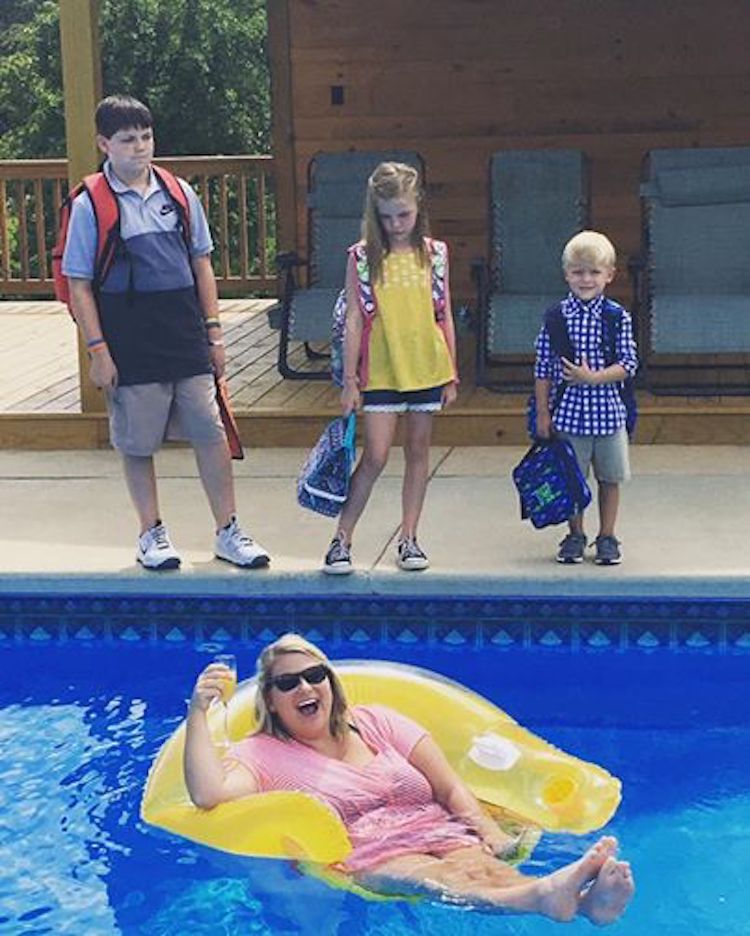 Mom of three keeps it real

Beulah, Alabama – Alabama mom Jena Willingham became an overnight viral sensation on Monday this week after sharing a photo of her kid’s back-to-school send off.

In the picture, posted to her Facebook page, Willingham can be seen lounging on a pool float with a mimosa in hand, huge smile on her face. Her children are standing behind her with their backpacks, understandably bummed out.

The mother of three told the Columbus Ledger-Enquirer that having an empty house for the first time in years inspired her fun photo shoot, which took place the day before, on Sunday afternoon.

"This is the first time in 11 years that I have not had a kid at home and that’s one of the reasons I did it," she said.

Willingham’s kids, who are in pre-K, second and sixth grade respectively, all attend Beulah Elementary School.

As for what this mom’s going to do with her newfound free time, Willingham told the newspaper she’s actually been busy babysitting.

"I haven’t even been in the pool," she said. "I have been babysitting for my niece."

Let’s hope she gets in that pool soon. She’s earned it.