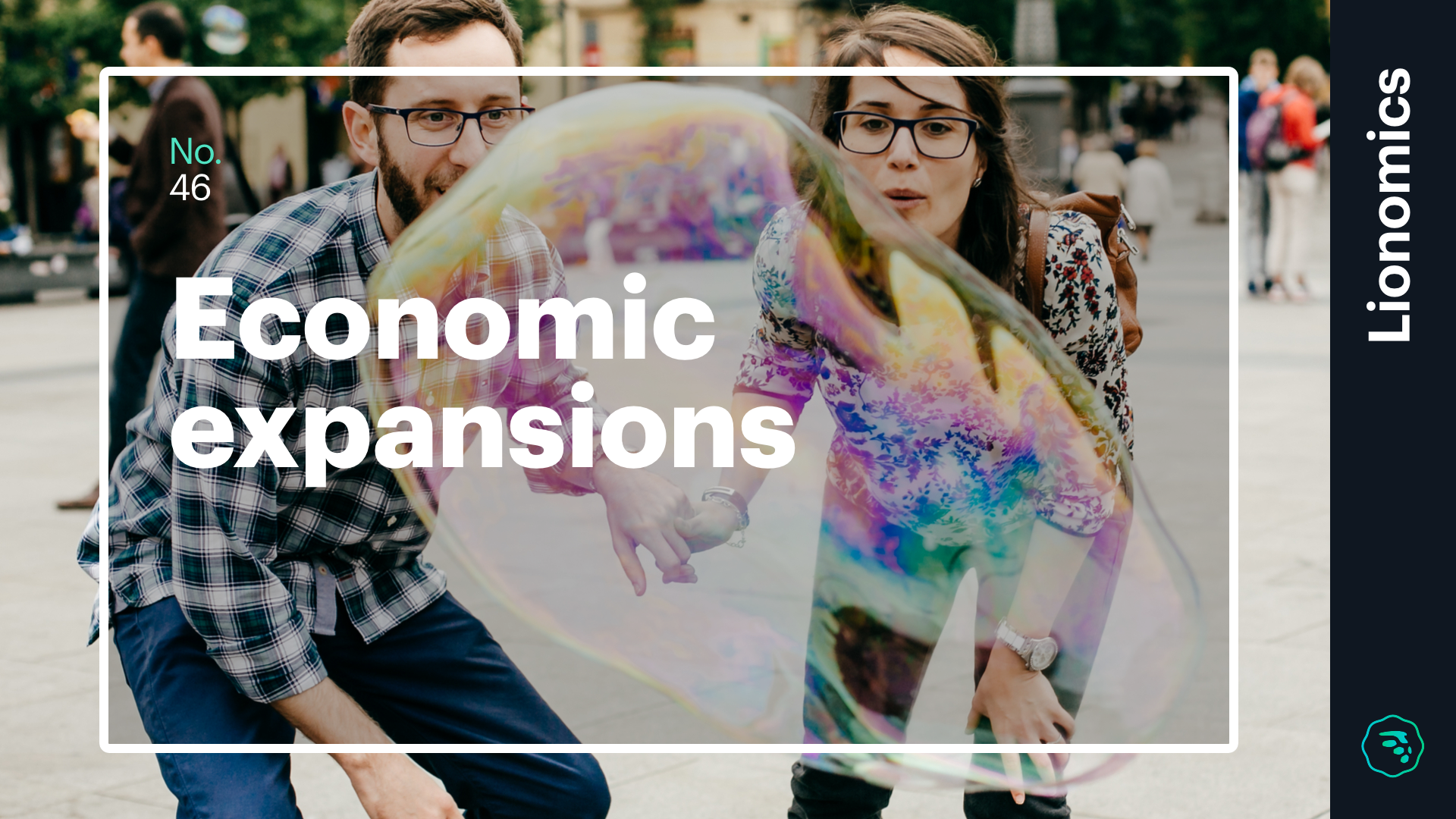 Have you ever heard the expression “the economy is booming?” Economists and the media often focus on economic recessions (or downturns), but it’s just as important to understand economic expansions — also known as economic booms. What are they, and how do they affect your investment portfolios?

What is an economic expansion?

Economic expansion is the first stage of any business cycle and occurs as the economy recovers from a recession or a slowdown in economic activity. During expansion, the level of business activity surges and gross domestic product (GDP), which is the total value of goods and services provided by a country over one year, tends to expand. Those who lost jobs during the prior downturn are slowly able to find work. Some workers may need to join new industries, possibly at wages that are lower than they’re used to. However, as the economy continues to recover, more and more people find their footing.

The prices of goods and services, which may have declined during recessions, often begin to rise as more and more people can afford them. This increases the revenues and profits of companies, allowing workers to receive raises and find jobs with higher incomes, and in turn spend more money. This chain of events helps to boost the economy even further.

Expansions can be good for investors

For investors, a growing economy also usually leads to increases in interest rates as companies feel more confident in borrowing money, and investors feel more confident lending in the form of bonds. This helps to stimulate economic growth since companies can begin to expand faster than if they grew from profits alone. Investors also receive interest income and returns from these investments. Similarly, a growing economy also helps to increase stock prices as investors feel more confident purchasing stocks and companies increase profits. Thus, economic expansions often coincide with a bull market for stocks — which is a time when stock prices are rising — encouraging more buying.

During this time, the Federal Reserve may also begin raising interest rates to make sure the economy doesn’t overheat. They do so based on economic data such as inflation and the unemployment rate. When and how quickly they raise rates is closely watched by economists and investors alike as an indication of how the economy is doing.

The current expansion is the second longest ever!

According to the National Bureau of Economic Research (NBER), the official record keeper of US business cycles, there have been 34 such business cycles since the mid-19th century (the last 160 years). NBER also provides the official start and end dates of economic recessions and expansions. At the moment, we are in the middle of the second longest economic expansion in history. Only the economic cycle of the 1990s was longer, fueled in part by the technology boom during that decade. If the current economic expansion continues through next summer, then it will surpass the 1990s as the longest on record. ?

Expansion has been slightly slower this time around

The accompanying chart shows many of the prior cycles, as well as the current cycle (the dark blue line). It’s clear to see that this is one of the longest cycles, with the economic expansion of the 1990s (represented in lime green) being only slightly longer. However, it’s also evident that growth hasn’t been as fast as previous expansions (the line is not as steep). This is partly due to the age and size of our economy – it’s much larger than it was back then – and also partly due to how severe the 2008 recession was.

This chart shows US business cycles since World War II. This is one of the longest economic expansions on record, although growth has not been as fast as in the past.

Expansions are vital to your portfolio